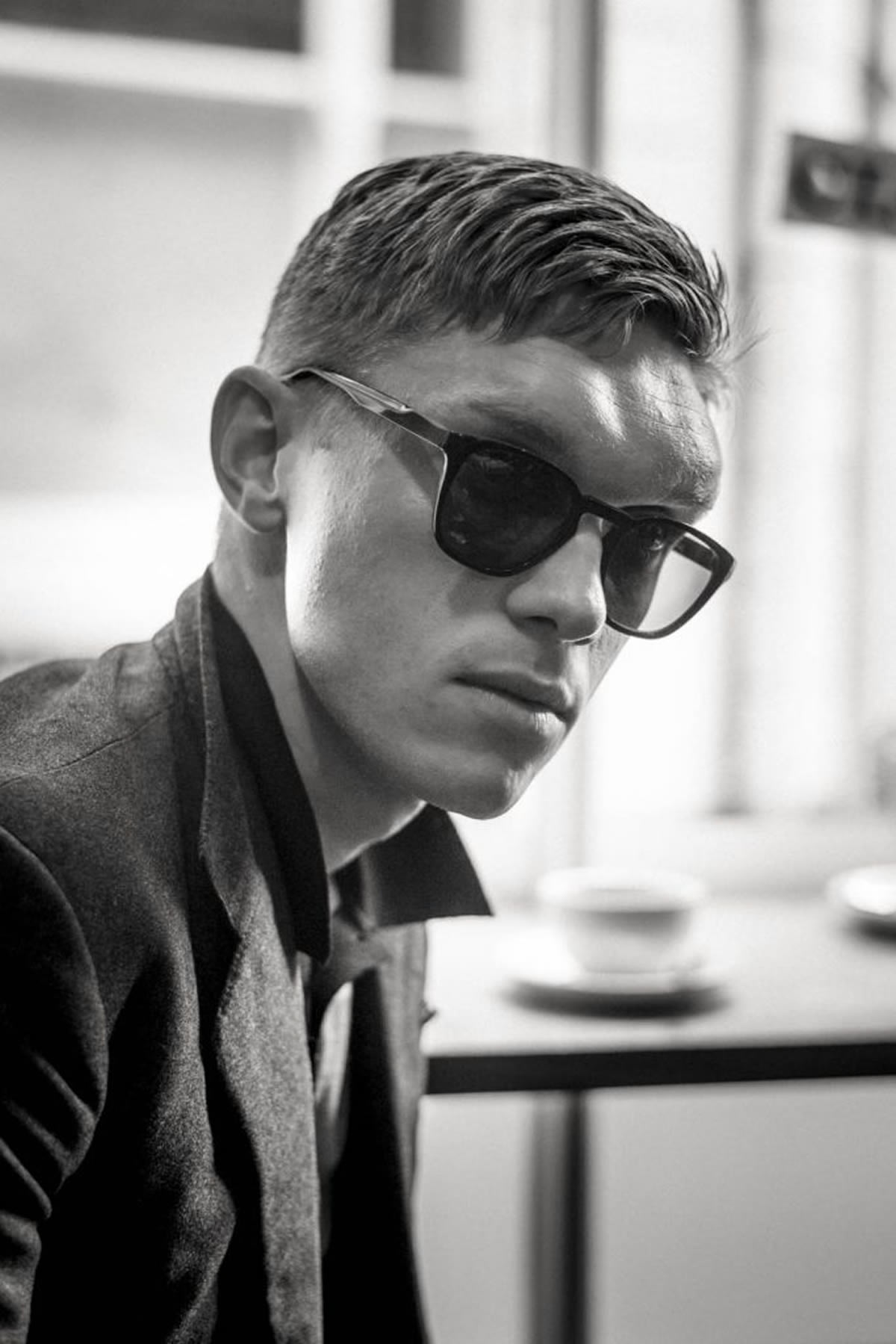 If the concept of a “Face” is still valid in this day and age then Scott Simpson is surely one. At the centre of the action, standing out in the crowd, immaculately dressed and pushing forward, breaking out new styles and new shapes in the way he wears his clothes, this is style with substance.

Busy, Scott not only sources the vintage pieces he wears, he restores his collection of scooters and motorbikes, he collects the records and DJ’s, and has a rapidly growing label under the Scott Fraser Collection name. Starting with a single bag it has grown to encompass made to order trousers, and knitwear with further pieces on the way. A book in the pipeline too, Scott exemplifies the creative life you can carve for yourself in London today. We managed to catch him for a coffee at our favourite spot, Carter Lane Coffee and spoke to him about his background, his numerous projects and the future.

KO: Scott, when I first came across you it was seeing you on the cover of several books and then appearing in ads for brands with strong ties to youth culture and particularly the Mod scene. I’m guessing that you were part of that from an early age?

S: I was around fifteen years old, had just started college and was looking for a scooter. It was coming to my sixteenth birthday and I started speaking to my parents. They said, ‘we’ll get you a 50cc, buy you something new’. I said, ‘ I’m not keen on a modern one, I’d like an older one’.

I was living in Brighton at the time and must have picked up, from a few of the shops there, that history that had come before. My dad had grown up through it and so vicariously I’d known about the music and so on. My dad was in to classic cars so growing up, I was always around old things.

I eventually moved out to London when I was seventeen – lived on my own and started going out more in clubs – 60s clubs. From there is sort of ramped up and ramped up.